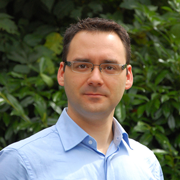 Research in the Pantazis group focuses on applying theoretical chemistry methods in various fields of bioinorganic and inorganic chemistry, with special focus on the electronic structure, magnetism, spectroscopy and reactivity of open-shell systems. A major research area is natural and artificial photosynthesis, with emphasis on understanding the principles of water oxidation as a major component of solar fuels research.

Specific projects target the structural and mechanistic aspects of the biological and synthetic (homogeneous and heterogeneous) water splitting catalysts, magnetic and spectroscopic properties of transition metal clusters, mechanisms of enzymatic regulation, and solvation in chemical processes. These projects employ a range of computational approaches, from high-level quantum chemical methods to classical large-scale molecular dynamics, and often involve collaboration with experimental groups. Among the methodological developments pursued in the group are new theoretical methods for predicting spectroscopic properties and development of all-electron basis sets (the SARC basis sets) for scalar relativistic calculations. 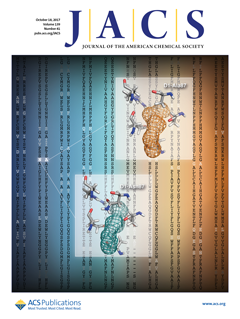 Analysis of differences in the protein sequences of photosystem II among photosynthetic organisms enabled the construction of atomistic models for the higher-plant enzyme, leading to identification of distinct, functionally relevant channel architecture differences in the vicinity of the water oxidizing cluster.

Identification of a unique catalytic intermediate in photosynthetic water oxidation explains the near-infrared absorption in the S3 state and reveals the water delivery pathway and binding mechanism in the S2-S3 transition.

Evaluation of computational models for all observable catalytic states of the oxygen evolving complex establishes the individual oxidation states of the manganese ions at each step of the cycle.


Electronic structure of the oxygen-evolving complex in photosystem II prior to O-O bond formation
Science, 2014, 345, 804-808.

A combined experimental and theoretical study probes the electronic configuration of all manganese ions in the S3 state, before the final catalytic step in biological water oxidation.


On the magnetic and spectroscopic properties of high-valent Mn3CaO4 cubanes as structural units of natural and artificial water oxidizing catalysts
J. Am. Chem. Soc., 2013, 135, 5726-5739.

Mn3CaO4 cubanes are structural units of both natural and artificial water-oxidizing systems. Their intrinsic properties are here analyzed in detail.

Two interconvertible structures that explain the spectroscopic properties of the oxygen-evolving complex of photosystem II in the S2 state
Angew. Chem., Int. Ed., 2012, 51, 9935-9940.

The oxygen evolving complex in the S2 state is shown to exist in two energetically similar and interconvertible structural forms, rationalizing the EPR spectroscopy of this catalytic state.

Dr. Dimitrios A. Pantazis studied Chemistry at the Aristotle University of Thessaloniki, with an honors research program in Quantum Chemistry. He obtained his PhD in Computational Chemistry from the University of York with John McGrady (now in Oxford). Following an EPSRC postdoctoral fellowship at the University of Glasgow, in 2007 he joined the group of Frank Neese in Bonn. He was awarded the 2010 Ernst-Haage Prize for Bioinorganic Chemistry. In 2011 he became a group leader at the MPI for Chemical Energy Conversion, establishing a research group devoted to the study of biological water oxidation. In 2015 he accepted a permanent position as head of EPR Theory, leading various research programs related to all aspects of biological and artificial photosynthesis. Since 2018 the group is based at the MPI für Kohlenforschung. He is a founding member of the Quantum Bio-Inorganic Chemistry Society.

The long awaited extension of the DKH and ZORA all-electron SARC basis sets to the elements Rb-Xe is complete. The basis sets are published in the Journal of Computational Chemistry.

A collaboration with the Michael Roemelt and Vera Krewald resulted in a pioneering study published in JCTC that explores the applicability of the density matrix renormalization group (DMRG) approaches (DMRG-CASSCF and DMRG-NEVPT2) to the study of exchange-coupled systems.

See also a general review on the use of DMRG for spin-state energetics in transition metal complexes.

New review in ACS Catalysis: "Missing Pieces in the Puzzle of Biological Water Oxidation". Previous overviews on the biological water oxidizing catalyst can be found in the chapter "Principles of natural photosynthesis" in the special issue "Solar energy for fuels" of Topics in Current Chemistry; more specific aspects are covered here and here.

Our study in Chem. Sci. shows how methanol accesses the active site of water oxidation in Photosystem II. It also sheds light on the architecture and the regulatory mechanisms of the enzyme, revealing the pathway for water substrate delivery to the oxygen-evolving complex. 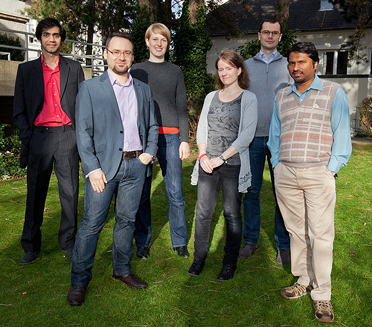 For more information on the group and for vacancies please visit the webpage of the Institute.